You are here: Home » Our Program » Meet the Fellows » Fellows’ Reflections on their Bronfman Experiences » Jacob Unger (’19) I’m colorblind. Often, it’s hard to tell exactly what I’m missing out on. I’m frequently told, “Oh, it’s such a beautiful flower, too bad you can’t see it,” yet it’s impossible for me to imagine seeing the world in a way that I cannot fathom seeing it. About three years ago, my mom eagerly brought me to the Newseum in Washington D.C., where she told me I could try on a pair of glasses that would do the impossible: correct for color blindness. When I tried them on, I saw a totally new world through the lenses. It’s hard for me even to picture it in my head now, but I know it was fuller and more robust. The experience was fascinating, but the day ended, I went home, and my world stayed the same. I continued to see only what my eyes had seen before.

Before Bronfman, I saw the world through the only lens I had ever known, a lens crafted solely by my background, my experiences, and my interests. I thought I saw depth and complexity, but only now do I realize that I was seeing a dimmed world, not one of rich color. I would read a text, but I wouldn’t dive into it; I would discuss an issue, but I wouldn’t immerse myself in it. Bronfman gave me the ability to try on a new pair of glasses, ones that for the first time, showed me what thinking truly means. After Bronfman, I began to see more beauty and depth in the world than I had previously thought existed. I now feel able to create meaningful dialogue out of situations that would have once passed me by without a second thought. I wouldn’t say Bronfman just gave me new skills; it gave me a new perspective entirely. One year ago, I couldn’t possibly fathom the new outlook that Bronfman would provide me with. The transformative experiences that I had allowed me to see a world that I’d never known to exist.

When I tried on the color blindness correcting glasses, they only changed my vision for a day. Eventually, I returned them, leaving myself fundamentally unchanged. But Bronfman wasn’t just a five-week perspective shift; Bronfman gave me a permanent loan on a pair of life-enriching lenses. I feel fundamentally and permanently altered by the fellowship. I always struggle to explain what Bronfman was, and I think that could be because, for me, Bronfman feels like an experience that still is; it continues to inform my learning, my conversations, my friendships, and my broader worldview. Luckily, I never need to and will never be able to return what Bronfman gave me. So when I sit here, reflecting on Bronfman, I’m not really reflecting on the past (what the fellowship gave me), as much as I am reflecting on the present and future (what I know Bronfman has and will continue to give me). I know that no matter what path of life I pursue, I will be moving forward with an enhanced perspective and an ability to see far more depth and meaning in the world than I once could. 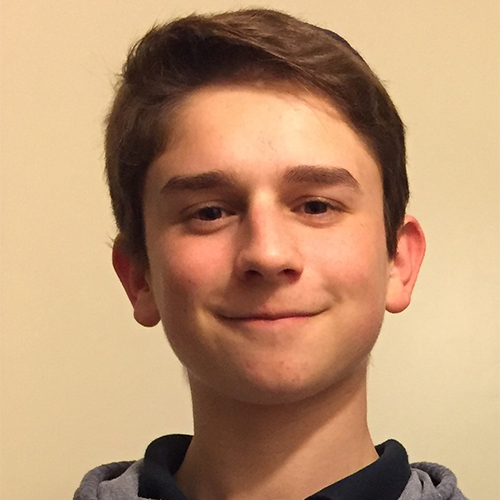