Rabbi Dr. Rani Jaeger is a research fellow, faculty member, and head of the recently formed Ritual Center at the Shalom Hartman Institute. He was one of the founders of the Institute’s Be’eri Program for Pluralistic Jewish-Israeli Identity Education.

Rani received his doctorate at Bar-Ilan University on Jewish-Israeli culture as perceived by the poet Avraham Shlonsky. He was a participant in the first cohort of the Beit Midrash for Israeli Rabbis and received rabbinical ordination from the Shalom Hartman Institute and HaMidrasha at Oranim in September 2016.

Rani is one of the founders of Beit Tefilah Israeli, a secular synagogue in the heart of Tel Aviv.  He spent a year at Paideia, the European Institute of Jewish Studies in Stockholm, as scholar in residence. 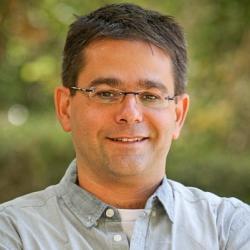