Rabbi Dianne Cohler-Esses is the Director of Life Long Learning at Romemu and is an educator and former Co-Director of the Bronfman Fellowship. She was the first woman from the Syrian Jewish community to be ordained as a Rabbi. She graduated from the Jewish Theological Seminary in 1995, where she was awarded several fellowships and a prize for academic excellence. Since that time she has served as an educator, scholar-in-residence, and administrator for multiple organizations in the Jewish world, including CLAL, the Bronfman Fellowship, The Curriculum Initiative and UJA Federation. In 2007 she was named one of fifty top rabbis by the Washington Post online. 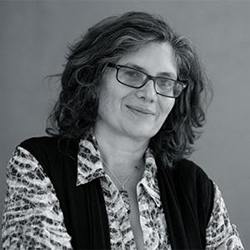