Ilana Kurshan (BYFI ’95) is an alumna of the program. Ilana graduated from Harvard. After college, she spent a year in England studying British Romantic poetry at Cambridge and has been working in book publishing for the last eight years, first at Random House in New York. Ilana moved to Israel and began her current job at a literary agency, where she sells translation rights to publish books in Hebrew. In addition to her work as a literary agent, she also serves as the Books Editor for Lilith Magazine, a Jewish feminist quarterly; and she writes study guides about Israeli fiction for the Sochnut (the Jewish Agency). 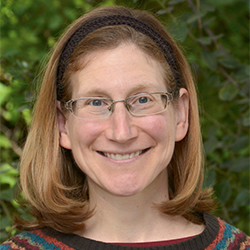