You are here: Home » Laura Geller

Rabbi Laura Geller is a Senior Rabbi of Temple Emanuel in Beverly Hills, California. She was among the first women to be selected to lead a major metropolitan synagogue. Prior to being chosen for this position in 1994, she served as the Executive Director of the American Jewish Congress, Pacific Southwest Region. Among her accomplishments at AJCongress was the creation of the AJCongress Feminist Center, which became a model for other Jewish feminist projects around the county. She came to AJCongress in 1990 after fourteen years as the Director of Hillel at the University of Southern California. Rabbi Geller has been recognized with numerous awards and honors, including being named one of Newsweek’s 50 Most Influential Rabbis in America and the California State Legislature’s Woman of the Year Award. She was featured in the PBS Documentary called “Jewish Americans.” Author of many articles in journals and books, she is a frequent contributor to the Jewish Journal, the Huffington Post and she served on the Editorial Board of The Torah: A Woman’s Commentary in which she has two essays. Her most recent book chapters are included in Chapters of the Heart, and Sacred Encounter. She is a Rabbinic Fellow of the Hartman Institute in Jerusalem and an alumna of the Institute for Jewish Spirituality Rabbinic program. She serves as a mentor for the Clergy Leadership Initiative, a project of CLAL. Rabbi Geller is a Fellow of the Corporation of Brown University from where she graduated in 1971. She was ordained by the Hebrew Union College in 1976, the third woman in the Reform Movement to become a rabbi. She is married to Richard A. Siegel, and she is the mother of Joshua and Elana Goldstein and the step-mother of Andy and Ruth Siegel. 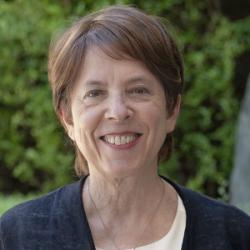