Rabbi Larry Edwards served from 2003-2013 as Rabbi of Congregation Or Chadash, a congregation founded in the 1970s by members of the Jewish GLBT community. Past positions include Hillel Director and Jewish Chaplain at Dartmouth College (1975-1981) and at Cornell University (1981-1997). Since returning to Chicago in 1997, he has held positions at KAM Isaiah Israel Congregation (Director of Education), Congregation B’nai Abraham in Beloit, WI (Rabbi), American Jewish Committee (Interreligious Affairs), and Congregation Kol Ami (Education Rabbi). Larry studied in Jerusalem in 1970-71, and has returned numerous times since, serving on the faculty of The Bronfman Fellowship, and staffing three trips for Christians. He received his A.B. degree in Humanities from the University of Chicago in 1970, and was ordained by Hebrew Union College-Jewish Institute of Religion in 1975. He received a Ph.D. from Chicago Theological Seminary in 2005, writing on constructions of the Pharisees in New Testament, rabbinic literature, and modern scholarship. Larry teaches courses at University of Illinois at Chicago, DePaul University, and the Hebrew Seminary of the Deaf. His wife, Susan Boone, works at the University of Chicago. His daughter, Sara, lives in Brooklyn. 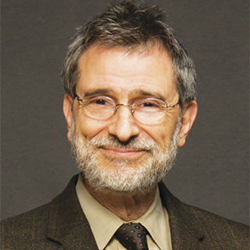