Rabbi Mishael Zion is an educator for The Bronfman Fellowship, and a former Co-Director. He is Director of the Mandel Program for Leadership in Jewish Culture. Mishael grew up in Jerusalem, served in the Israel Defense Forces, studied at Yeshivat Maale Gilboa, and graduated summa cum laude from Hebrew University. He is the author of the celebrated A Night to Remember: The Haggadah of Contemporary Voices (English, 2007) and the Israeli best-seller HaLaila HaZeh: Haggadah Yisraelit (Hebrew, 2004). Ordained by Yeshivat Chovevei Torah, an open Orthodox rabbinical school in New York, Mishael was named in 2013 by the Newsweek/Daily Beast Top Rabbis List as a “Rabbi to Watch”.

Previously, Mishael has served on the faculty of the Hartman Institute, the Skirball Center and Yeshivat Hadar, and was a Scholar at NYU School of Law’s Tikvah Center.  He has also served as Director and National Coach of the Israeli Debating Society, and worked for Israeli TV’s popular Channel Two (on an unpopular cultural TV show…). He has been featured as a scholar-in-residence in diverse North American and Israeli communities, publishes frequently in both English in Hebrew, and blogs about Jewish texts and issues at Text and the City.

Mishael and his wife Elana, a neuroscientist, are committed to furthering inclusivity and broadening women’s roles in the Orthodox community. They have played an active role in partnership minyanim in Jerusalem, New York and Melbourne, and currently live in Jerusalem where they are raising their three daughters. 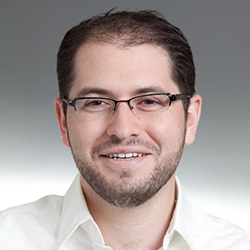