Idit is a Bronfman alumna from 2001. After finishing high school, she went on a gap service year with Bronfman, and was later involved with establishing the alumni committee. During her undergraduate studies, Idit worked within various educational frameworks, mostly with the Israeli and International Movement for Progressive and Reform Judaism. Pursuing her love for the written word, Idit completed her degree and became the production coordinator for Jerusalem’s international book fair. Idit is currently a PhD student of history at Hebrew University. Her field of research is the history of money, and she spends much of her time contemplating issues which hover between culture and finance. 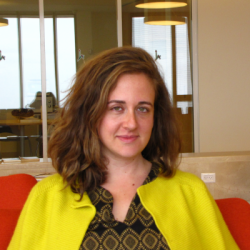