You are here: Home » Micha’el Rosenberg

Micha’el Rosenberg is associate professor of Rabbinics and member of the tenured faculty of Hebrew College. He joined the College faculty in August 2012. He is the author of Signs of Virginity: Testing Virgins and Making Men in Late Antiquity (Oxford, 2018), and the co-author with Ethan Tucker of Gender Equality and Prayer in Jewish Law (Ktav, 2017). He formerly served as rabbi of the Fort Tryon Jewish Center and an adjunct professor of Talmud and codes at the Jewish Theological Seminary, both in New York City. He has taught Bible, Talmud and halakhah in a variety of settings, including the Drisha Institute for Jewish Education, the National Havurah Institute and the Northwoods Kollel and Beit Midrash of Ramah Wisconsin. He is currently working on two research projects, one on Rabbinic attitudes toward the Virgin Mary, and another on medieval and early modern rabbinic responses to radical texts in the Talmud. An alumnus of the Wexner Graduate Fellowship program and Harvard College, Rosenberg holds a doctorate in Talmud and Rabbinic literature from the Jewish Theological Seminary and rabbinical ordination from the Chief Rabbinate of Israel. 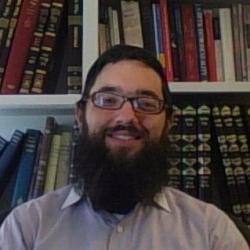